Wes Brisco is confirmed for the Collision Tour! 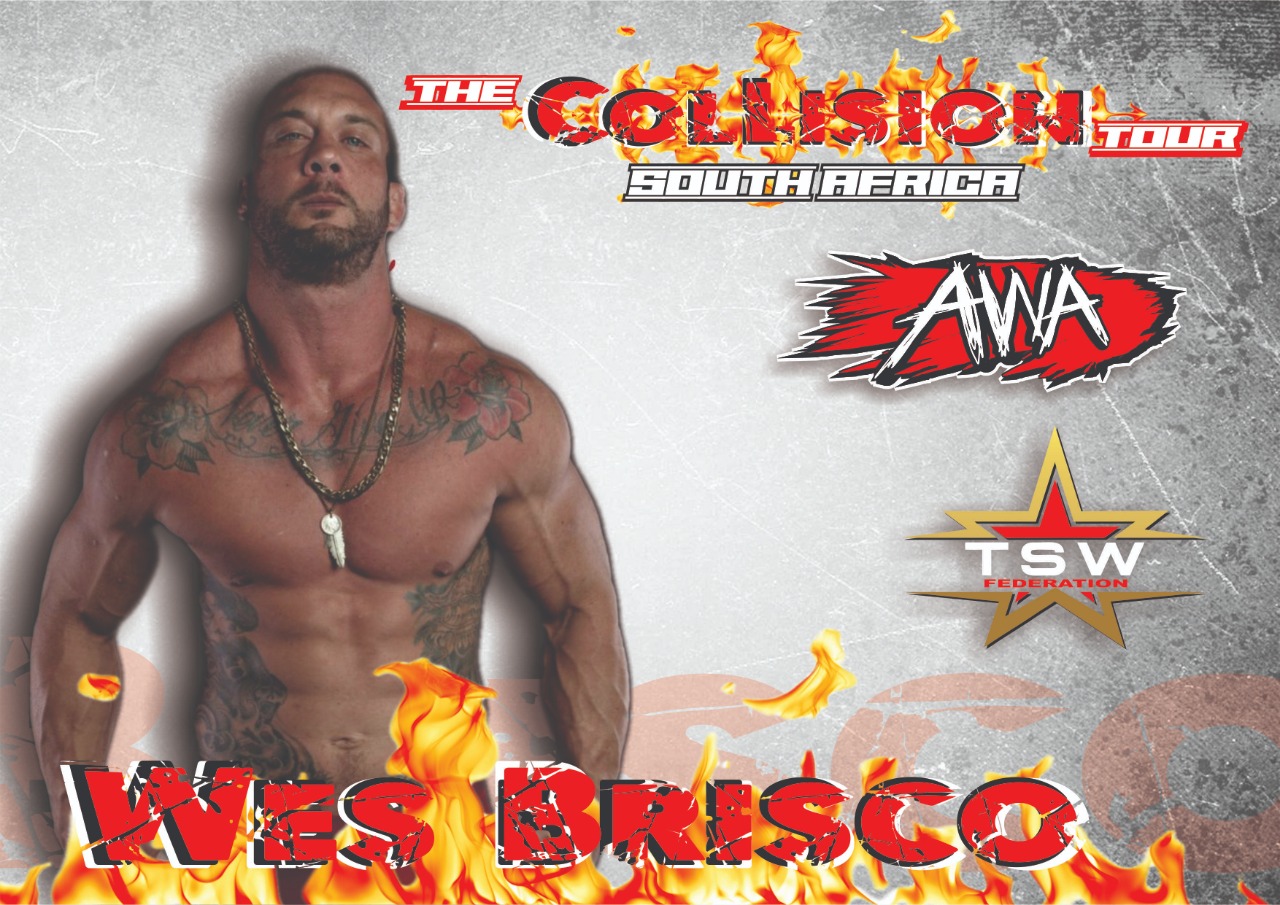 Another wrestler is confirmed for the Collision Tour, none other than WES BRISCO!

Wes Brisco is a 2nd generation wrestler: son of the legendary wrestler Gerry Brisco and nephew of former NWA Heavyweight Champion Jack Brisco, both from the infamous tag team "The Brisco Brothers"

Wes has wrestled all over the globe for top promotions such as Florida Championship Wrestling (under a WWE developmental contract), New Japan Pro Wrestling and Total Nonstop Action (TNA). His most memorable feud was with professional and amateur wrestling great Kurt Angle which culminated in him defeating Kurt in a steel cage match.

Who from the AWA will stand up to this incoming threat from Top Stars Wrestling Federation? Find out on 30 October at the Grand Arena, Cape Town and 1 November at Big Top Arena, Johannesburg!